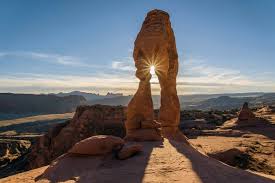 In the Northern Hemisphere, this year’s summer solstice takes place on Saturday, 20 June. During the solstice the Earth sees the longest day, with more daylight than nighttime.

More energy from the Sun lands on the face of the Earth in just one hour than the entire global population uses in one year. We have all the solar power we could want. Plus, unlike fossil fuels, it’s renewable and will never run out – at least not for a few billion years.

NASA estimates that you’d have to explode 100 billion tons of dynamite every second of every day to match the energy produced by the Sun.

And as solar energy keeps getting cheaper, it becomes accessible to more people. Solar energy is the future, plain and simple.

When most people hear the words ‘solar power’, they think of panels on rooftops or a solar farm in the desert. But there are now several exciting new solar technologies either in the pipeline or already on the market. These promising technologies will change the way we think about solar energy production. Here are some newly innovative solar products being worked on today.

Could be closer than you think. Startups, researchers and carmakers are working on a new way of powering cars that run on self-generated energy straight from the Sun.

There are already a number of prototypes and concepts of solar-powered vehicles, from the eponymous and aerodynamic Lightyear One, designed and developed by Dutch startup Lightyear, and the planned Sion by German solar car startup Sono that smashed crowdfunding targets recently to the tune of €53 million.

Based on its unique features – it is ultra-light, flexible and truly green – HeliaSol® is a ready-to-use solution, ideal for retrofitting on existing building structures. HeliaFilm® is tailor-made solar film for companies in the building and construction materials industry, which can be integrated into their facade or roof system products.

PHASA-35 is an unmanned aircraft that is entirely solar-powered and could fly for up to a year at a time.

Developed by BAE Systems and Prismatic, the plane has a 115ft (35m) wingspan, covered entirely in lightweight solar panels. These power the aircraft during the day, and it is kept in the sky at night using energy from built-in batteries.

The Royal Australian Air Force recently began testing the innovative aircraft, which flew at an altitude of 7,000ft (2,134m). However, it is thought that with further adjustments, it could be used to replace satellites that usually track at 66,000ft (20,117m). The plane in its current form is expected to become commercially available within 12 months.

Quantum dots are nanoparticles which generate electricity when exposed to solar energy. They can be printed on flexible, transparent sheets which could, with more research, be used to cover the screens of electronic devices and feed electricity to their systems.

The research team will now work to produce a film with a 20% efficiency rate before bringing the innovation to the mass market. This level of efficiency could make the technology competitive not just for handheld devices, but for large-scale arrays and buildings too.

Imagine that, besides producing solar power at a fixed location, you could also do it while on the move through your own clothing.

Researchers are developing solar fabrics with a vision of including solar power in each fibre. These solar filaments can be embedded into your t-shirts, winter coats, or any other clothing to help you keep warmer, power your phone, and provide energy for other needs while you’re on the go.

Intensifying solar panel is a low concentrating solar device that includes its own internal tracker.

While concentrating solar is an old concept, ISP Solar has cleverly added a tracker function by linking the mirrored aluminium cone waves with a wire that is driven by a small motor that serves only that panel. The entire panel is encapsulated to avoid soiling, and includes an aluminium base sheet that serves as a heat sink, ensuring that the cells will not overheat and lose light conversion efficiency.