eCarExpo is the Nordic region’s leading e-mobility trade show – a flagship event for the industry and consumers where you can test drive many of the electric vans, cars, bikes and scooters on display directly from the exhibition floor.

The fair undoubtedly showed that improving the environment and our sustainability thanks to electric mobility can be fun for car owners and car enthusiasts.

As well as vehicles, visitors to the 2019 Gothenburg event got an overview of the products and services that make up the whole market (including an early look at a cute business model innovation from Smart City Charger).

In 2020, eCarExpo will roll out across Sweden, Denmark and Norway:

Do more than kick the tyres

At the three-day eCarExpo Gothenburg, the audience was able to test drive about 50 cars out in the city’s traffic, directly out of the exhibition floor. The choice included more than 30 fully electric and hybrid models which are currently available to buy in the Swedish market.

We have the largest test fleet ever this year. Most car brands, some 50 cars and some 30 completely new electric car and charging hybrid models will be able to be run by the audience. Gunnar Dackevall, Founder and manager of eCarExpo

In the premium bracket, visitors could test the Jaguar iPace, Range Rover Sport PHEV and the BMW X5 45e charging hybrid (which made its Swedish premiere).

From the mid-market, visitors were able to check out several of Kia’s electric and rechargeable models, the new Hyundai IONIQ Electric and Kona Electric, the new updated Renault Zoe, Nissan Leaf and Mitsubishi Outlander PHEV, as well as several other new models that have not yet been unveiled.

For the particularly environmentally conscious, the Omotion ETR was on show. It provides a low carbon footprint. Although great fun, this lightweight three-wheeled and two-seat motorcycle will not be a practical solution for families or travelling salespeople.

The centrepiece of the eCarExpo is the main stage where delegates can enjoy keynotes and panel discussions about the major issues of the day. At the Gothenburg event in 2019, the industry day provided high quality lectures, debates and seminars.

As presented in detail by Thomas Ingenlath (CEO) and Nils Rydén (Marketing Manager), the vision is heavenly. The Polestar is expected to become a strong competitor to Tesla’s best-selling Model 3. As well as promoting vehicles, the keynote discussed the strategy behind the new car marque and the challenges of starting a car brand from scratch. Polestar is a standalone company, co-owned by Volvo Cars and Zhejiang Geely Holding. 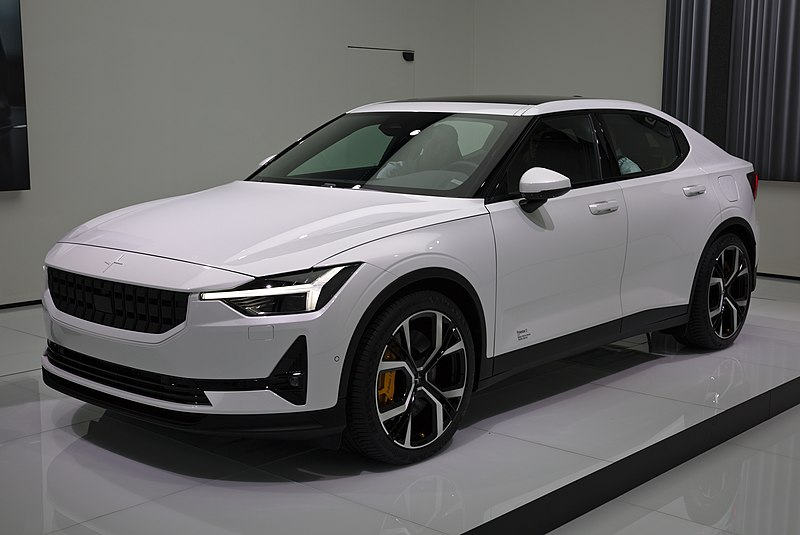 Public opinion was framed through sharing the results of a survey of 1,500 Swedish car owners aged 20-65, evenly distributed between men and women, who were quizzed about their attitude to electric cars and charging hybrids. An English translation will be published soon on the tilix.energy blog.

Key findings from the survey are that high prices, too few charging stations, doubts about electricity production and worries about battery durability are on the minds of motorists. Motorists today are more knowledgeable and well-read than previously. This was evidenced in the low level of “Don’t know” responses in the survey. Some of the well-known topics causing fear, uncertainty & doubt (aka FUD) were addressed on stage in panel discussions.

Fires in electric cars have generated a lot of media attention. At eCarExpo, representatives of the Fire Brigade, insurance companies, car manufacturers and installers debated this burning issue. The panellists included Tommy Carnebo, Södertörn Fire Department; Johan Granholm, motor specialist at If insurance company; Lars Hoffman, responsible for workshops and lab at NEVS; Anna Henstedt, responsible for environmental and charging infrastructure at BILSweden; and Mattias Djurson, project salesperson at DEFA. The generally accepted conclusion was that electric cars are not more prone to fires than their fossil fuelled counterparts.

During another panel discussion, professionals from the electric grid and other stakeholders allayed the concern that the system will not cope with the extra capacity required to charge EVs. Of course, changes to infrastructure will be required and there will be challenges to be overcome. However, from the macro-perspective the grid can cope. The panellists included Susanna Hurtig, Nordic Manager of Incharge at Vattenfall; Rickard Nordin, Centre Party’s spokesperson on climate and energy issues; Lars Edström, CEO of Gothenburg Energy Network; and Fredrik Isaksson, Sales Director Volvo Cars Sweden.

In Mastering the Disruption, Christian Sandström from Chalmers University of Technology presented his ideas and opinions on the challenges facing the car industry, strategies for success in these times of transition and the viability of incumbents. This was an entertaining and educational take on the art and science of crystal-ball gazing.

A fine example of e-mobility innovation was showcased by Nissan, eOn and Kungsbacka municipality. Sweden’s first Vehicle to Grid (V2G) solution gives a new dimension to the discussion about the lack of capacity and how electric cars can provide solutions to the intermittency challenges that renewables bring to the grid, major users of electricity and households.

There was a panel discussion about the battery economy and how future demand will be met by new production facilities. Being at the heart of the electric car and the most expensive component, sustainability of batteries was a fiercely debated topic at eCarExpo – not least because Sweden is set to become a major player in the manufacture of batteries. The panellists included researchers, analysts and vehicle manufacturers, such as Daniel Kulin, Power Circle; Patrik Johansson, Chalmers Professor; Erika Ingvald, geologist and Head of Unit SGU; Viktor Walter/Maria Taljegård, Chalmers; and Louise Grimsgård, charging infrastructure Mercedes-Benz.

Social media around eCarExpo Gothenburg 2019 was alight with posts from a number of interesting people. Some of the highlights included:

Rickard Nord’s presentation of ChargeNode: a smart, slim and economic system that provides a way to build accessible EV charging systems where cost, function and use are greatly simplified. This is achieved by installing charging systems instead of individual posts or boxes. The system increases flexibility and utilisation rate as it adapts to the customer and the users’ needs. Read more

Building on her participation in eRallye Monte-Carlo, Gro Flaaten is now organising eRally Scandinavia. The plan is to drive from Odense in Denmark to Trondheim in Norway in June 2020 and any road legal EVs are welcome to participate.

Full life-cycle emissions from electric car batteries are falling sharply. This is principally because production becomes cleaner as factories ramp up their line speed. Read more in the latest report (in English) from Swedish IVL

Things that are now an obvious part of our everyday lives will soon belong in a museum. The Museum of Fossil Fuels is a journey in time, both forwards and backwards, and at the same time right here and now. Experience the sound, the scents, the culture and the phenomena that will disappear in the coming decades as battery electric, hydrogen and other technologies replace the internal combustion engine. Read (in Swedish) and see photos