From concept to on the road in 4 years 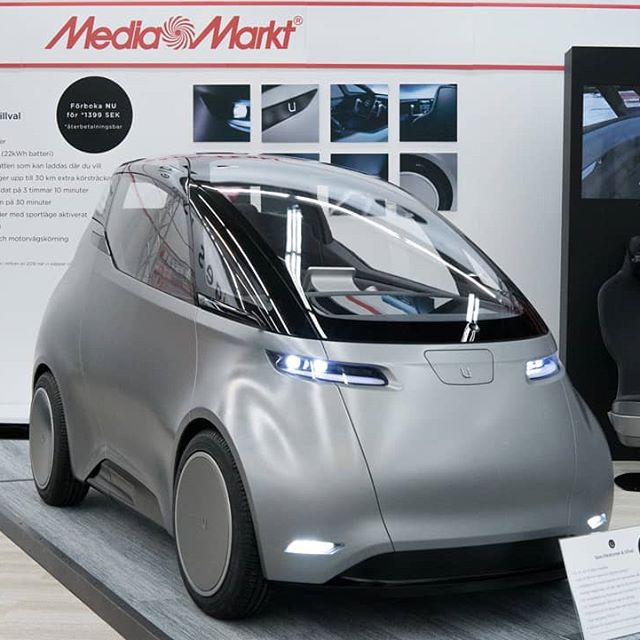 This is the first of series of posts highlighting the fantastic achievements made by Uniti since Tilix invested in the firm almost 2 years ago.

Uniti’s innovative design ideas are getting a lot of attention and they are only just getting started. The firm was founded two years ago and are now weeks away from delivering the production prototype at Uniti’s first product launch.

With a production facility in Landskrona coming online in November 2017, they are on target to meet their ambition of going from a concept to putting a car on the road in 4 years.

2 years ago, Tilix were so impressed by Uniti’s ability to execute fund raising and to innovate at break neck speed, that it was not a difficult decision to become one of the first seed investors.

As Tilix works closely with Uniti to bring in more investors, we are taking a fresh look at what has sparked so much of an interest in this Swedish automotive startup.

Uniti strive to be super sustainable and energy efficient. In doing so they have questioned every aspect of the typical car design and transform that into fitting the needs of drivers in the most energy efficient way possible. They are also thinking differently about how they run their business. They have an ultra-efficient design process and state of the art manufacturing. Therefore Uniti can reduce the waste and pollution created in making cars, especially in comparison to standard car manufacturers.

This ranges all the way from the larger parts of the car’s outer shell, to the small details of software development where the software has been designed with the driver in mind so that the software will “feel like an extension of yourself”. Uniti have opted to make the body from carbon fibre rather than metal. This makes the vehicle significantly lighter and therefore more energy efficient as well as high performance. Uniti have taken every opportunity to make their EV as environmentally friendly as possible. The kerb weight of Uniti will be 450kg and it will be significantly greener and more efficient than other electric cars.

Designing their EV to be entirely recyclable and also using bio composite based materials, they have thought ahead for not just the next generation to come, but even the next century.

Uniti have big ambitions and its not hard to see that this is not greenwashing. The car has been designed entirely from scratch, allowing them to create the car from an entirely new point of view, without having to worry about legacy technology.

The more you learn about the automotive industry, it becomes clear that driving over-weight cars which are powered by dirty diesel and polluting petrol is not as glamorous as advertisers would like us to think.

It is well known that the average number of people per car-ride is 1.2 passengers, so Uniti i have decided to make two models for the cars, a two-seater, with the driver in the front whilst the passenger sits behind in the back, and a four-seater, resonating with how Uniti want the car to function as a second family car.

Cars have been improving incrementally for decades, whereas phones have been completely transformed. So why has there not been a quantum leap in automotive? Are Uniti set to redefine the automotive category for millenials?

Autonomous vehicles are set to enhance driving safety. Sensors surrounding the Uniti car will be able to detect movement from afar. The Internet of Things (IoT) not only adds compelling features to the car, but by studying usage patterns of drivers, Uniti will be able to identify how drivers really behave. This will lead to perfectly tailored user-experience and safer driving.

For example, there are absolutely no buttons within the car. Instead, Uniti features a highly efficient information management system using voice recognition and a touchpad. The entire windscreen will incorporate a heads-up display, enhancing the safety of the driver by having all the optics on the dashboard for navigation and overlay. Other aspects include fresh concepts for the interior design.

A defining feature is the innovative steering system, where two bars have been put in place of the standard steering wheel to create a smoother and easier, more natural style of driving. We’ve seen this before in concept cars from big-auto but the ideas have never made it into production. Uniti are set to change this.

During the testing phase, Uniti have had feedback from a broad range of demographics including kids and older citizens. They have tried out the steering system and sat in the interior of the car to help Uniti discover which new concept is best.

Uniti believe that their steer-by-wire concept could unlock a new era of intuitive driving as well as create a more fun experience for the driver. However, standard steering will also be available for those who aren’t yet comfortable with the idea of computer-assisted vehicle control.

Read more about the car in Uniti’s digital brochure: This is what we do.

Uniti are taking pre-orders now and plan to deliver the first vehicles in mid 2019.

Uniti are proving to the world that their clean, sustainable electric car could be a real changing point in the future of smart energy, and help to make our cities a cleaner, less polluted place. Michael Molitor, the Chairman at Uniti, sums up the mission beautifully:

“We aim to be the world’s most resource efficient vehicle company”.
Michael Molitor, the Chairman at Uniti

Is it time to turn electric? Tilix believes so.

Next: Interviews with members of the Uniti team: